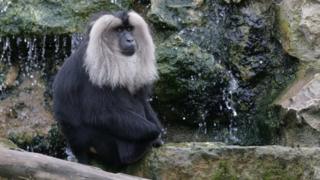 The park has a group of lion-tailed macaques

A monkey that escaped from an animal park in Kent following fighting within his family group has been found.

Tamil, a lion-tailed macaque, left his enclosure at Howletts on Wednesday.

A spokesman for The Aspinall Foundation, which runs the park, said Tamil was discovered in woodland close to the boundary on Thursday evening.

Animal director Adrian Harland said it was common for young male lion-tailed macaques of a similar age to fight as they became more dominant.

In a statement, The Aspinall Foundation said: “We left several snacks …read more

L’Etoile at the Royal Opera House

Coventry road Phoenix Way to be named after...