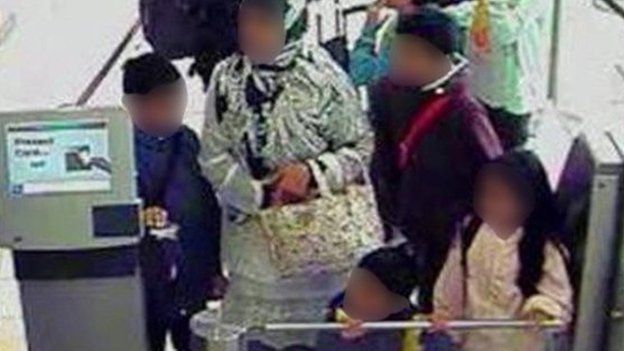 The family are thought to have left via London City Airport

A woman who went missing with her four children amid fears they may have been heading from London to Syria has been arrested on her return to the UK.

The Met Police said the woman, 33, had been arrested at Luton Airport on suspicion of child abduction.

Police made an appeal for information after the family went missing from Waltham Forest last week. They were detained in Turkey on Tuesday.

The woman’s four children are in police protection, police said.

Family to get payout over school's toy gun...