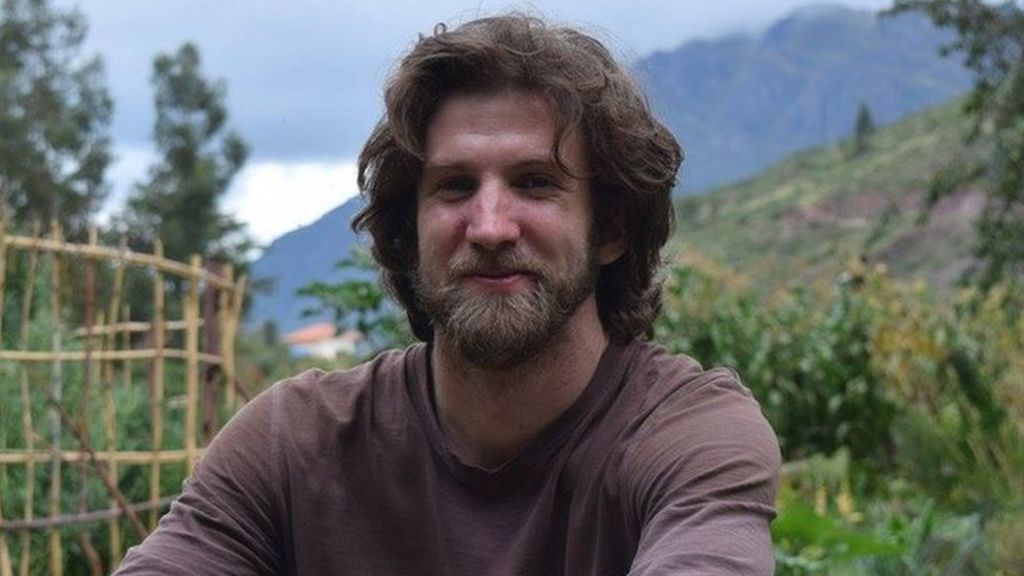 A British tourist who disappeared in Peru nearly two weeks ago has been found dead by search teams.

Harry Greaves’ body was found in a 40-metre crevice in the Andes mountains.

Mr Greaves, from Shropshire, was last seen heading off on a solo walk from the village of Pisac on 7 April, two days before his 29th birthday.

His friends and family, assisted by the Lucie Blackman Trust charity and police, scoured the area around the village, using a helicopter and drones.

More on this story and others in Shropshire

Mr Greaves, who was originally from Bronygarth, near Oswestry, but lived in Wrexham, had been expected to return home on 10 April.

He was “one of the most loveliest men you could ever wish to meet” and an “extremely genuine and caring person”, his family said.

“Our dearest Harry has been found,” they said in a statement.

“Thank you to everyone who has helped us find our beloved Harry. His spirit will always be with us. From his loving family.”

Mr Greaves, a furniture maker, arrived in Peru on 20 February, and attended a permaculture course before visiting friends.

The British Embassy had also been assisting in the search for him.

In the bid to find him, relatives had set up a fundraising page, which raised more than £31,000, exceeding its original £25,000 target.

Tim Peake spacecraft will arrive in UK in...

George Osborne to quit as MP for Tatton