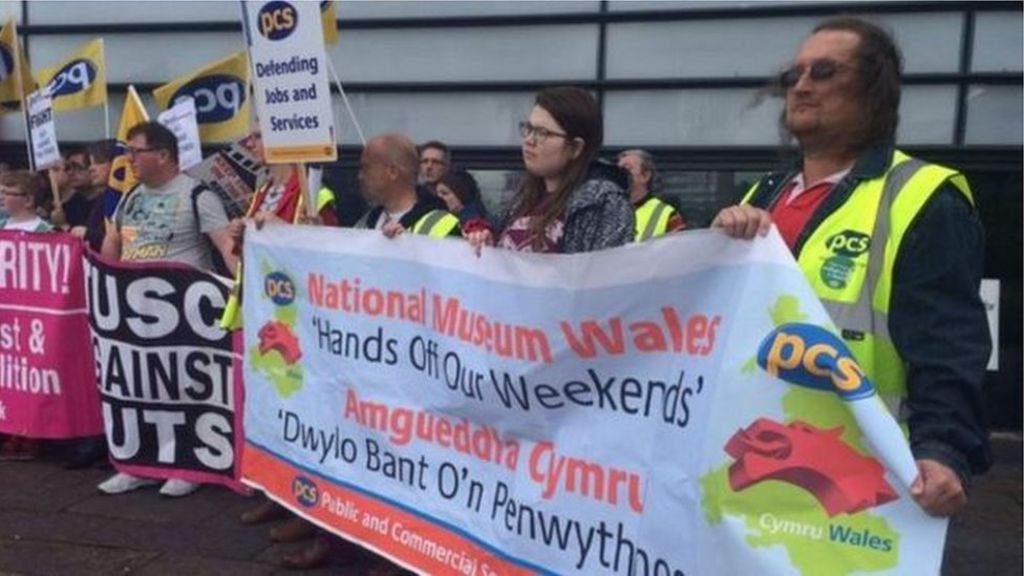 More strikes at museums across Wales have been announced as part of a two-year dispute over weekend working.

The Public and Commercial Services (PCS) said the strikes would run every weekend from 9 April to 1 May.

It follows a strike over Easter after talks about a pay row broke down.

National Museum Wales said it was facing a 4.7% cut in its annual grant in aid from the Welsh Government and weekend payments cost about £750,000 a year.

PCS members have been protesting against plans to stop extra payments to weekend and bank holiday staff.

The union announced the further strikes, saying museum bosses had “dashed hopes of a negotiated settlement on Thursday”.

PCS Wales Secretary, Shavanah Taj, said: “We are very disappointed that we are once more in the position of having to take strike action in order to get management’s attention.

“All we are asking is that the lowest-paid not be expected to bear the brunt of budget cuts.”