Ennio Morricone has received 56 awards for his musical scores

The 86-year-old wrote the score to the 1960s trilogy of spaghetti Westerns by Sergio Leone, which saw Eastwood rise to fame.

But Morricone said he turned down the chance to write for films Eastwood directed “out of respect” to Leone.

“I missed a great opportunity and I am really sorry,” he told the BBC’s arts editor Will Gompertz.

Morricone, or Maestro, as he is known in his hometown of Rome, added: “When Clint called me, I said no out of respect to Sergio Leone, not because I did not like the movies that he did.”

Although he had first met Sergio Leone when they were at school, it was not until 25 years later that their professional partnership began, on a Fistful of Dollars in 1964.

“Gradually over time, he as a director and me as a composer, we improved and reached our best, in my opinion, in Once Upon A Time In America,” the composer said. 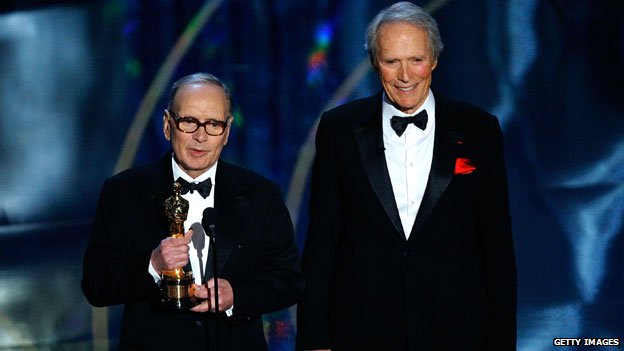 They went on to work together on Once Upon a Time in the West (1968) and Leone’s last credited western, A Fistful of Dynamite (1971).

“Often directors ask me for pieces lasting 20 seconds and in 20 seconds people do not understand – it is music that is wasted,” he added.

Morricone, who will resume his European tour next year, said that being a composer is a “difficult profession” and he gets worried by every film he works on.