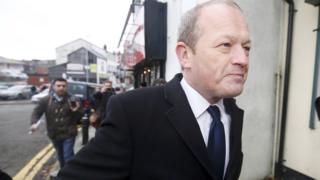 Rochdale MP Simon Danczuk has been interviewed in connection with a rape allegation dating from 2006.

Lancashire Police said a 49-year-old old man had “voluntarily” attended a station by prior appointment.

He was not arrested but interviewed under caution regarding a rape allegation made on 4 January, the force said.

Earlier this month the Labour MP called the rape allegation against him “malicious, untrue and upsetting”.

Osborne: UK in a position of strength

UK to extend air strikes against IS