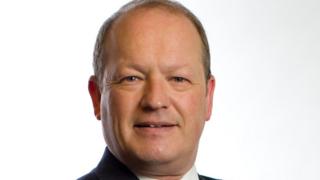 Labour MP Simon Danczuk has spoken of his distress over an apparent death threat he received online after he voted in favour of Syria air strikes.

The Rochdale MP said he considered the message posted on Facebook, and calls made to his constituency office, serious enough to report it to police.

Labour MP Neil Coyle has also complained to police about an alleged death threat he received on Twitter.

The Metropolitan Police said an investigation had been launched.

A spokesman said the Met’s Specialist Operations, which is responsible for the protection of public officials, had taken on the investigation because of “its established relationship with the Palace of Westminster”.

Mr Danczuk said his staff received more than 100 calls from people complaining about his decision to vote for air strikes, and some of these were also threatening.

Man dies after police use Taser in Shropshire

Junior doctors 'to vote for strikes'