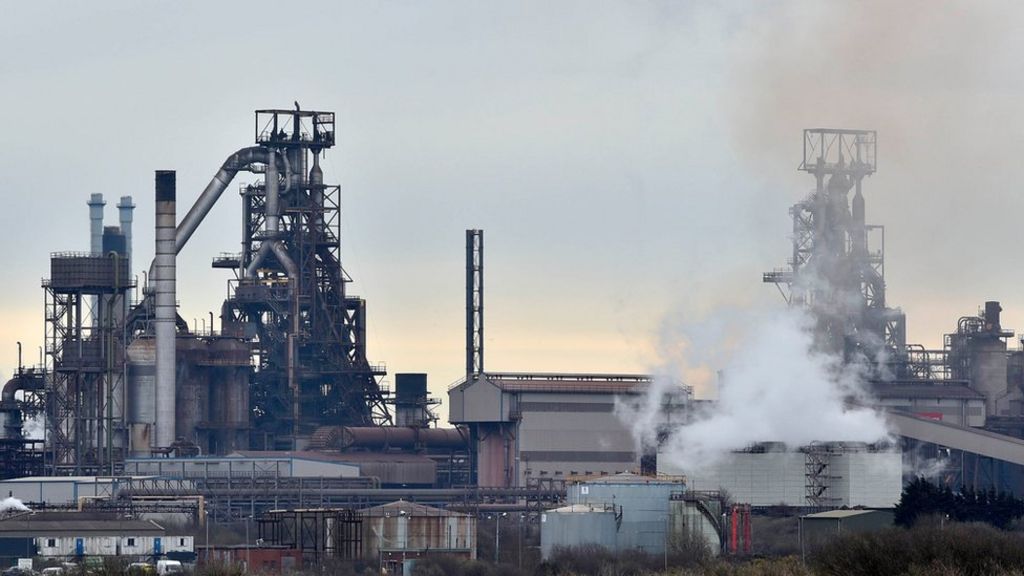 MPs are to hold an emergency three-hour debate on the crisis facing the UK’s steel industry.

It was called for by Labour’s shadow business secretary Angela Eagle, who complained the government had refused to recall Parliament from its Easter break to discuss the issue.

However, a buyer has been found for its Scunthorpe plant.

The future of the larger Port Talbot is still in doubt, although at least one potential buyer has expressed an interest.

The government has resisted calls from unions and opposition politicians to nationalise the Port Talbot plant, Britain’s biggest steelworks.

The steel industry says it has been hit by a combination of factors – high UK energy prices, the extra cost of climate change policies and cheap imports from China.

On Monday, Business Secretary Sajid Javid told the Commons the government was working very hard to find a buyer for Port Talbot.

Among options being considered was “the possibility of co-investing with a buyer on commercial terms”, he said.

Tony Burke, assistant general secretary of Unite, said the union would be holding Mr Javid to his commitment to co-invest if necessary.

“The penny appears to have dropped that there should be an active government supporting steel and manufacturing as the best best hope of securing the future of the industry,” he said.

Tata’s Long Products Europe business, which includes the Scunthorpe plant, was sold to investment firm Greybull Capital for a token £1 or €1. The move will safeguard 4,400 UK jobs, but workers are being asked to accept a pay cut and less …read more

Hoard of gold discovered in piano in Shropshire

Marks and Spencer chief to step down