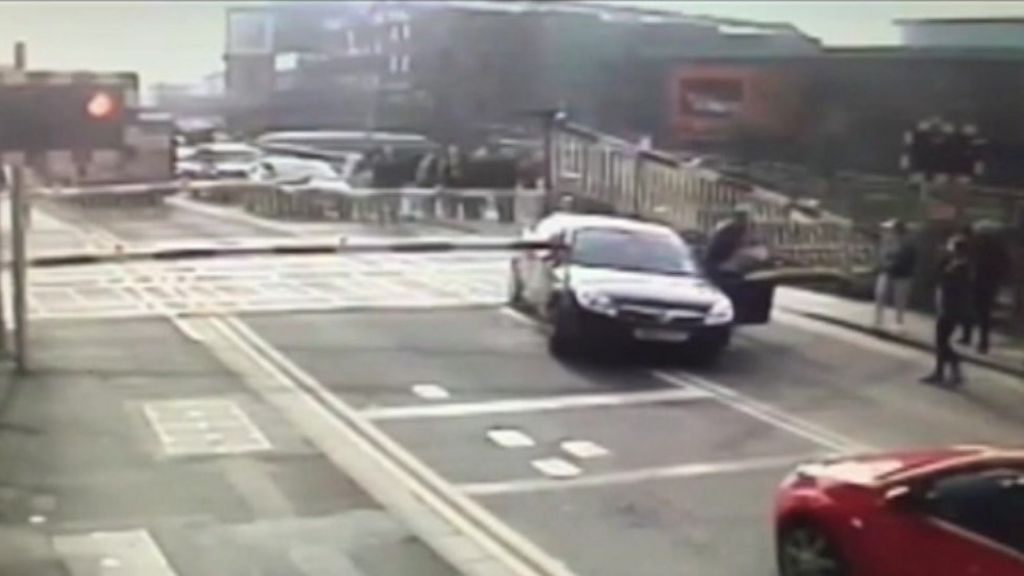 A woman driving a car with her baby inside became stuck under a level crossing barrier.

Footage shows other drivers and pedestrians rushing to get the baby out of the car, then moving her to safety.

The woman then appears to get back into the car to manoeuvre it off the crossing at Brayford Wharf East, Lincoln.

British Transport Police are investigating and appealed for witnesses to get in touch.

There were no reports of any injuries.

The incident happened on Saturday, close to a university in a busy area of the city.

Network Rail said it takes safety very seriously and it is important drivers and pedestrians do not enter crossings after lights start flashing.

A spokesperson added: “Troublingly, the footage also shows members of the public walking onto the crossing long after the light sequence starts as the barriers come down.

“While no doubt frightening for those involved, this incident was not as serious as it could have been, with the signaller able to stop the trains and the driver able to remove the car from the crossing.”

The incident comes a matter of weeks after British Transport Police released footage of a lorry overtaking a van at a level crossing at Ulceby.

UK 'stands out' in university rankings