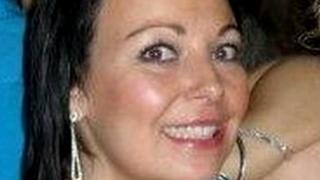 A man has been charged with murder after a woman was found dead in a house in Greater Manchester.

Officers were called to a house on Conway Avenue in Bury shortly before 07:50 GMT on Friday and found 36-year-old Leanne Wall’s body.

A post mortem examination confirmed Ms Wall died due to compression to the neck, police said.

Her family said she was a “loving mother, daughter and sister …read more

Housemate guilt over 'baby in bin'