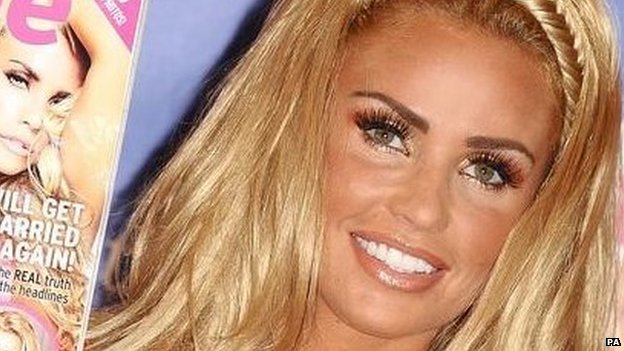 Katie Price began her career as a Page 3 model

The head of News Corp – the Sun’s parent company – wrote on Twitter that topless models were “old fashioned”, although he said the paper’s readers “seem to disagree”.

The No More Page 3 campaign reacted by tweeting: “We are doing this!”

Responding to a comment on Twitter, which said the practice was “last century”, he replied: “You maybe [sic] right”. 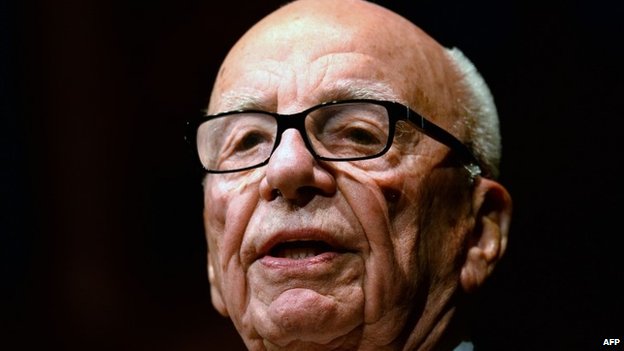 The Sun has carried pictures of topless models since 1970.

In February 2012, the paper’s then editor, Dominic Mohan, told the Leveson Inquiry that the pictures were “quite an innocuous British institution”.

But the No More Page 3 campaign – which began in 2012 – says the pictures “condition readers to view women as sex objects”.

The campaign is supported by a number of charities and trade unions, including Unison and the National Union of Teachers.

The Sun is the UK’s best-selling newspaper, with an average Monday-Saturday circulation of more than two million a day.