Sir Ridley Scott’s latest film Exodus: Gods and Kings has topped the US box office, according to weekend estimates.

The biblical epic, which stars Christian Bale as Moses, overtook the third instalment of The Hunger Games, following three weeks at number one.

Time called it a “cinematically uninspired retelling of the Moses story”, Vulture said it was “as uneven as Ridley Scott’s career”, while the New York Times described it as “both woefully insufficient and much too much”.

“I think Hollywood is learning that putting epic, biblical stories on the big screen comes at a pretty heavy price. It’s not easy to do this,” said box office analyst Paul Dergarabedian. 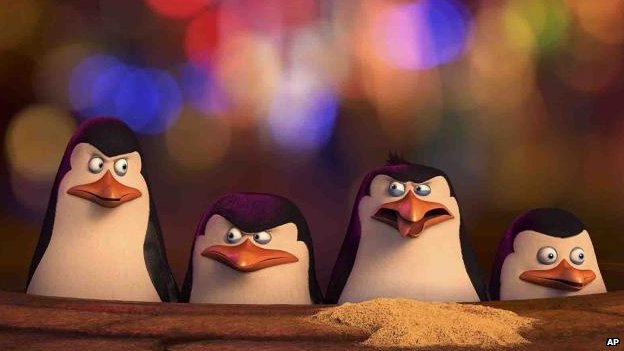 The Hunger Games: Mockingjay – Part One remains at number two in the box office charts, although ticket sales were down 40% on the previous week, at $13.2m (£8.3m).

The latest chapter in the franchise, which stars Jennifer Lawrence, has so far has earned a total of $277.4m (£176.3m) over its four-week run in US cinemas.

Spin-off animation, The Penguins of Madagascar, is number three at the box office, with takings of $7.3m (£4.6m) – just ahead of the weekend’s other major new entry, Chris Rock comedy Top Five, which took an estimated $7.2m (£4.5m).

One Direction big winners at AMAs

Neverland ranch goes up for sale

The Maccabees are breaking up after 14 years...

Oyelowo and Craig to star in Othello