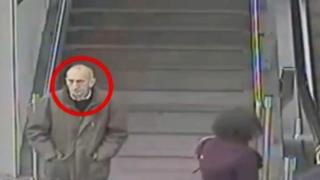 Detectives hope CCTV will help identity a man found dead at a remote beauty spot after travelling by train from London to Manchester.

The man, who was white and aged 65-75, was found fully clothed by a cyclist near Dove Stone Reservoir near Oldham.

The day before he had gone into a pub and asked the way to “the top of the mountain” after travelling from Ealing Broadway to Manchester.

Police said they have been left baffled by the “very, very …read more

Clubbers sick after drum and bass event in...