North Korea has denied hacking into the computer system at Sony Pictures in retaliation for a film depicting the country’s leader – but has praised the attack itself as a “righteous deed”.

The attack crippled computers at Sony and led to upcoming films and workers’ personal data being leaked online.

North Korea said its “supporters and sympathisers” may have carried out the hack – but said it was not involved.

It has described the film, The Interview, as an “act of terrorism”

The comedy, made by Sony Pictures, features James Franco and Seth Rogen as two reporters who are granted an audience with North Korean leader Kim Jong-Un.

The CIA then enlists the pair to assassinate him. The film is due to be released over Christmas. 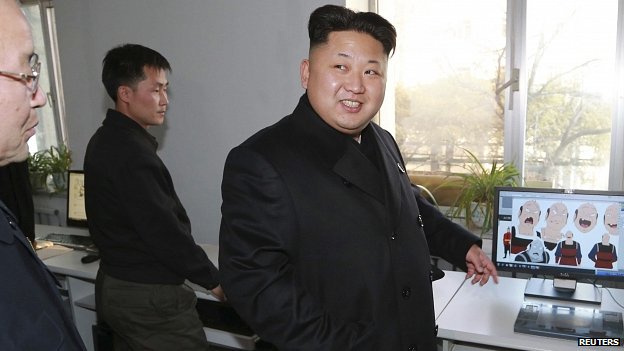 An article on North Korea’s state-run KCNA news agency, quoting the country’s top military body, said suggestions that Pyongyang was behind the attack were “wild rumour”.

However, it warned the US that “there are a great number of supporters and sympathisers” of North Korea “all over the world” who may have carried out the attack.

In the article, Sony Pictures was accused of “abetting a terrorist act” and “hurting the dignity of the supreme leadership” of North Korea by producing the movie.

Last week a North Korean diplomat had responded to questions over whether his country had conducted the attack by saying, “wait and see”.

According to the BBC’s Stephen Evans in the South Korean capital Seoul, the latest statement comes closer to a …read more

WE COOK FOR BEN!

Stars due at Attenborough memorial