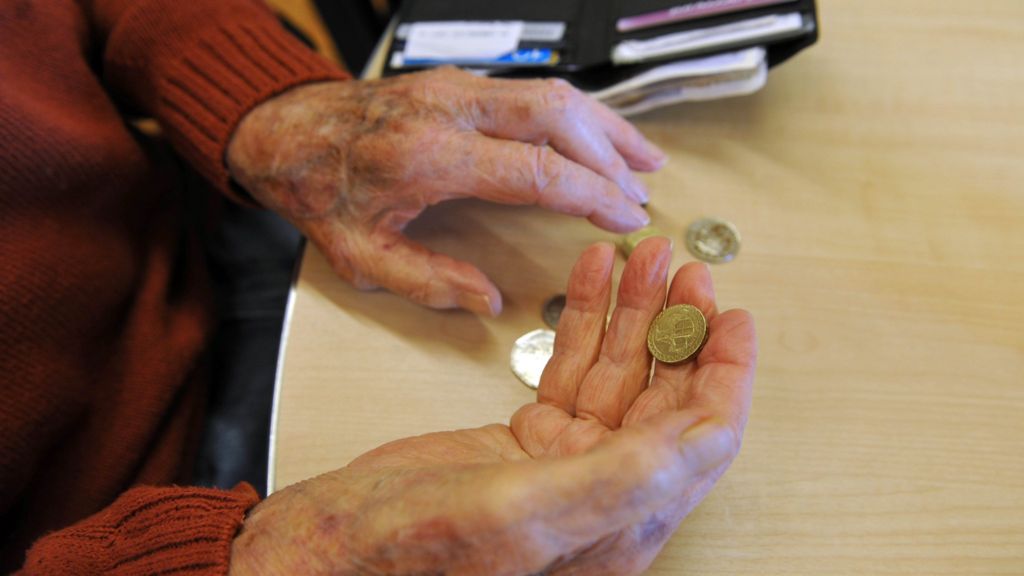 Nearly one million people aged over 75 live in poverty and need more help from the government, a report suggests.

The charity Independent Age says ministers should do more to make older pensioners aware they can top up their pensions with other benefits.

It also suggests the income of those aged over 75 is, on average, £3,000 a year less than younger pensioners.

Independent Age’s chief executive Janet Morrison said the UK’s 11.8m pensioners could not be considered as “one group”.

She added: “It would be foolish to assume that inequality simply ceases to exist at retirement age, but that is exactly what some of the recent rhetoric around ‘intergenerational unfairness’ does.

“The ‘silent generation’ of older pensioners, renters and single women have missed out on many of the gains of recent years.”

These, the charity says, include pension credit, a benefit that tops up low income.

An estimated 750,000 over-75s are entitled to pension credit but are failing to claim.

There are 11.8 million pensioners living in private households in the UK, of whom 4.8 million are aged 75 and over, it adds.

According to the charity’s report, an estimated 950,000 pensioners in this older age bracket live in poverty. The current poverty threshold for a single pensioner is an income of £182 a week.

The report is based on analysis of the Family Resource Survey for the financial year 2013-14, published by the government and National Statistics.

It includes private households, but not those living in non-residential settings such as care or nursing homes.

Baroness Altmann said the government wanted pensioners to have the money they are entitled to.

“I am concerned if older people feel uncomfortable about claiming and we have tried to make the process easier. We’re committed to …read more

Second human foot found in back garden in...