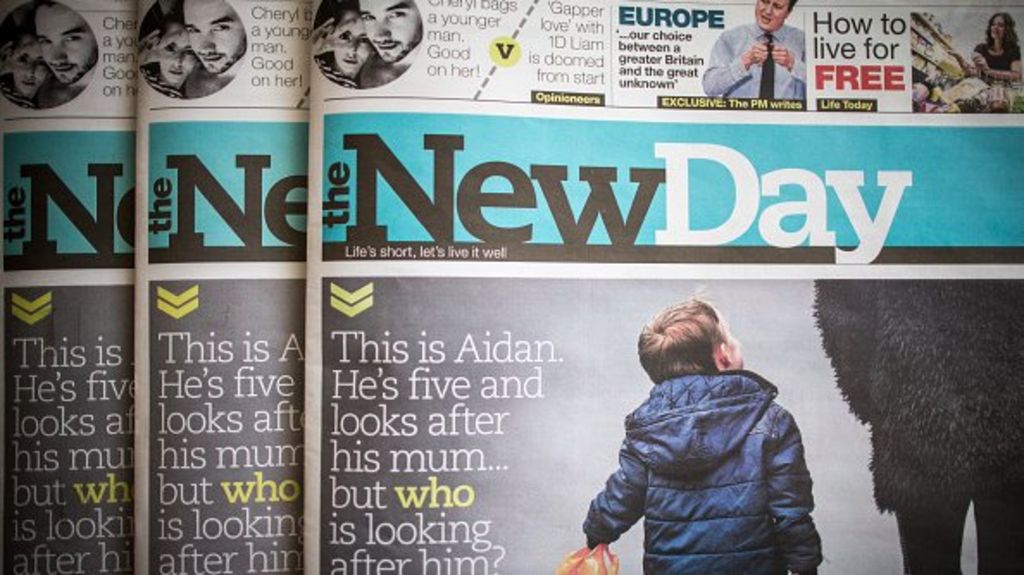 Daily newspaper the New Day is set to close just nine weeks after it was launched.

Publisher Trinity Mirror declined to comment, but a statement is due later, with reports suggesting the New Day’s final edition will be on Friday.

The title was launched in February as Trinity reported a £14.4m fall in annual pre-tax profit to £67.2m.

At launch, the New Day was announced as politically neutral and its publisher said it was aimed at readers who no longer bought a newspaper.

Two million copies were distributed free on launch day. It then cost 25p for the first two weeks, before rising to 50p.

Its editor Alison Phillips said in February that the newspaper intended to “cover important stories in a balanced way, without telling the reader what to think”.

She said it would aim to give “a ruthless edit of the day” in 30 minutes for “time-poor” readers.

Although the title had a social media presence, it did not have a website.

It was the first new national paper since the launch of i, a slimmed-down version of the Independent, went on sale in October 2010.

However, its impending closure comes just over a month after the Independent and Independent on Sunday ceased as print editions to concentrate on online publishing.

A new type of newspaper to reach the sort of people who had given up on print – New Day was launched in February at a time when the rest of the industry is struggling with falling sales and advertising revenues.

Trinity Mirror’s share price has been dipping and it’s also having to make large payouts to the victims of phone hacking.

First prison unit for extremists to open this...

Hen party rescued by RNLI after getting stuck...