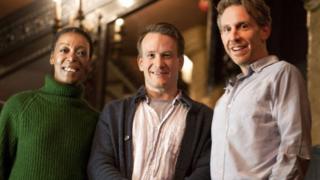 Harry Potter and the Cursed Child script to be published

The play stars Noma Dumezweni, Jamie Parker and Paul Thornley and will officially open on 30 July

Harry Potter fans will get their hands on the script for a new stage play when it is published later this year.

A special hardback edition of Harry Potter and the Cursed Child Parts I & II will be released after it debuts on stage in July.