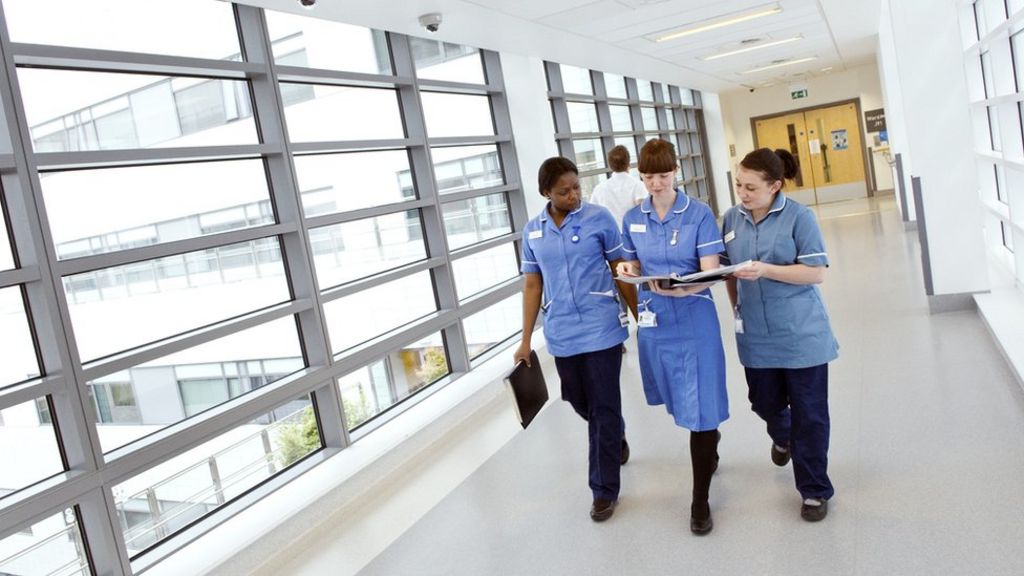 Plans to scrap bursaries for student nurses and other NHS staff in England are reckless, unions and charities say.

Ministers plan to overhaul the system in September 2017 and charge those studying to be front-line health workers for their degrees.

But in a letter to the prime minister, more than 20 groups led by the Royal College of Nursing said it could put people off working for the NHS.

The government said the changes would create 10,000 more training places.

The move comes as nurses and doctors gather for their annual conferences.

The RCN conference gets under way in Glasgow on Sunday, while the British Medical Association meets in Belfast from Monday.

Currently student nurses, midwives and other staff such as physiotherapists are entitled to bursaries of £4,500 to £5,500 – on top of a grant of £1,000 each year during their training. The course fees are also covered.

Those studying for advanced roles, such as district nurses, could also be affected.

But the government has proposed scrapping these and introducing university fees to bring health staff in line with other students.

Ministers argue that the move will lead to an increase in nurse students – of about 10,000 – as applicants for courses currently outnumber the places available by two to one. This is because there is a cap on places.

But the letter, which has been signed by the BMA and the Patients Association, warned it was an “untested gamble” and urged the government to halt the plans to properly consider their impact.

RCN general secretary Janet Davies said that as nurses spent about half of their degree course working in the NHS it amounted, in effect, to “asking people to pay to go to work”.

“It feels very wrong,” she added.

She also expressed concern about the state of the NHS.

More people die of drug misuse than on...