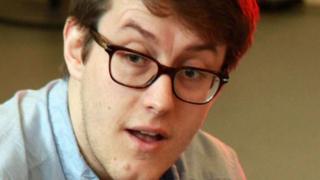 The award-winning writer of Constellations, which explored quantum physics, is returning to the subject of science for his next play.

Nick Payne’s Elegy will have its world premiere at London’s Donmar Warehouse in April 2016.

His latest play imagines a near future in which advances in medical science have made it possible to extend life.

Payne’s previous work at the Donmar, The Same Deep Water As Me, delved into the world of dodgy insurance claims.