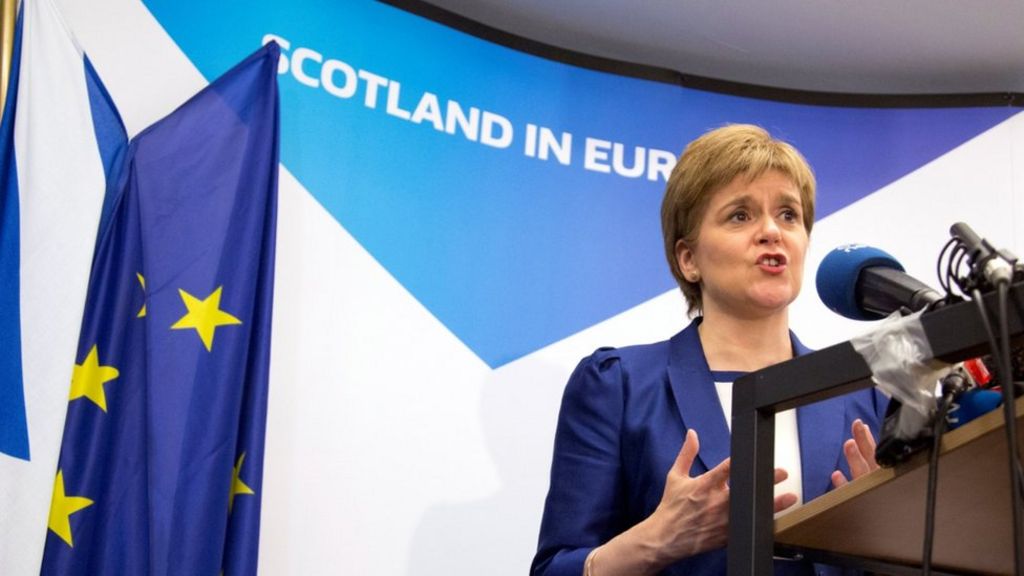 Nicola Sturgeon has called for “immediate guarantees” on the residency status and rights of European Union nationals living in Scotland.

The first minister has written to Prime Minister David Cameron and the five candidates bidding to replace him following last week’s vote for Brexit.

Ms Sturgeon said it was “imperative” the UK government respected the rights of Scotland’s 173,000 EU citizens.

The UK backed leaving the EU, but in Scotland 62% voted to remain.

Ms Sturgeon has held a series of meetings with senior EU officials after pledging to do all she can to protect Scotland’s position in Europe.

Her demands for guarantees on EU nationals comes ahead of a meeting with consuls-general of EU member states and diplomats at her official residence, Bute House in Edinburgh, on Tuesday.

Ms Sturgeon said: “Scotland voted overwhelmingly to stay in Europe, yet citizens of EU countries who live, work and contribute to our country are understandably anxious and uncertain about what the UK referendum result means for them and their families.

“People from EU countries are an important part of Scotland’s future. I am therefore seeking immediate guarantees from the prime minister, and all Conservative leadership candidates, that the residency status and the other existing rights of the 173,000 EU nationals living in Scotland will remain unchanged, now or in the future.

“This is a commitment that can and should be made and enforced now.

“It is imperative that the UK government respects those who have exercised their treaty rights and chosen to make a life in Scotland.

“Scotland is still firmly in the EU and we are pursuing all options to maintain our EU status – something that I underlined in my meetings in Brussels in the last few days.”

She added: “Through the consular network I want to get the message out as far and as wide that …read more

Labour leadership: Eagle in fresh appeal for Corbyn to quit