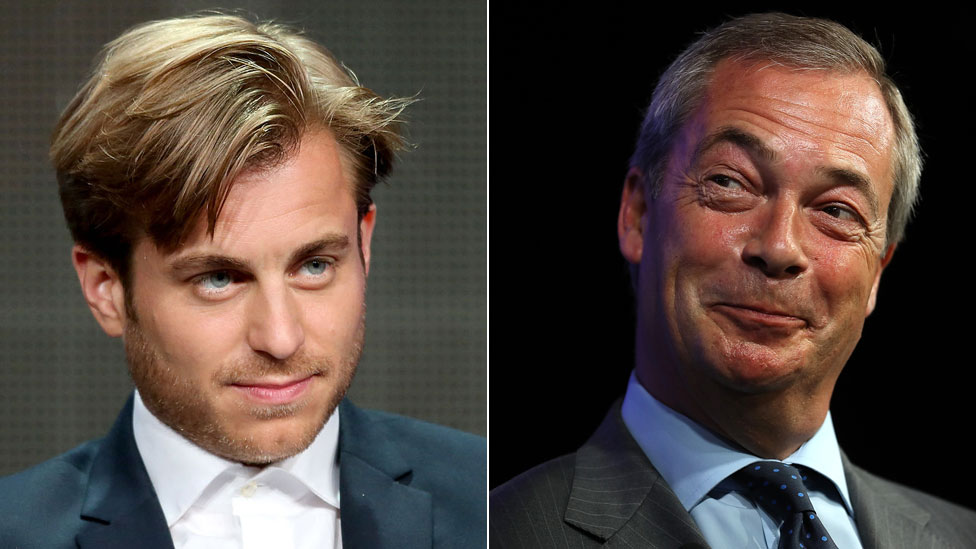 Comedian Kevin Bishop is to play Nigel Farage in a one-off comedy about the outgoing UKIP leader.

Nigel Farage Gets His Life Back, a half-hour mockumentary, will show the public and private faces of the politician following the EU referendum.

Bishop, soon to be seen in a remake of Porridge, said the “colourful character” was a “gift to parody”.

The title of the BBC2 comedy refers to a speech made by Farage in July, in which he said he wanted his life back.

In the speech, in which he resigned as UKIP leader, he said: “During the referendum campaign, I said I want my country back. What I’m saying today is I want my life back, and it begins right now.”

The programme makers ask “what sort of life has he gone back to, and how does a man forever in the spotlight fill his days now he has nothing to do?”.

They say Farage will be shown “at home, eating bangers and mash, watching Pointless and insisting that he doesn’t miss the limelight… and that he never wanted to be prime minister anyway”.

Bishop said: “I’m delighted to be playing a character as colourful as Farage. He’s a gift to parody and I’m looking forward to bringing previously unseen aspects of his life to the screen.”

Executive producer Peter Holmes, managing director of Zeppotron, which is making the comedy, said: “This project couldn’t feel more relevant. Nigel Farage has had a huge part to play in the momentous political events of recent times, and everybody has an opinion of him.

“We hope we can create a lot of laughter while painting a portrait of such a divisive figure as he fills the empty hours of retirement.”

The comedy is being written by Alan Connor and Shaun Pye, who worked …read more