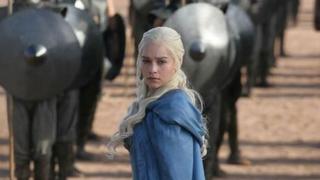 The fifth series of Game of Thrones was broadcast in June

Game of Thrones author George RR Martin has quashed rumours that a big screen spin-off is being made, although he admitted he would “love to see one”.

The Daily Star quoted him as saying at at an HBO party that there “will be a movie”.

Martin took to his online LiveJournal to respond: “Don’t believe everything you read, boys and girls. Especially not online.”

He did, however, confirm that there was “great enthusiasm” for the notion.

“The idea is …read more

Gallery to set up sculpture award