Christopher Nolan’s epic new sci-fi film Interstellar has received measured acclaim from critics, who have praised its ambitious scale and effects but were less convinced about the story.

Matthew McConaughey and Anne Hathaway play astronauts who must find a new planet to replace a dying Earth.

The Telegraph said the Inception and Batman director had come “agonisingly close to forging his masterpiece”.

The Guardian said Interstellar was “a glorious spectacle but a slight drama”.

“Strident, overbearing, tangled up in plot-lines and bunged with theory, the director’s first film post-Batman rockets its way to entertainment through Nolan’s dogged force of will,” Barnes declared.

The Telegraph’s, Tim Robey marvelled at how Nolan had created “the most eerily beautiful vistas he’s ever put on screen” and had tackled “all the big questions in one blockbuster package”. 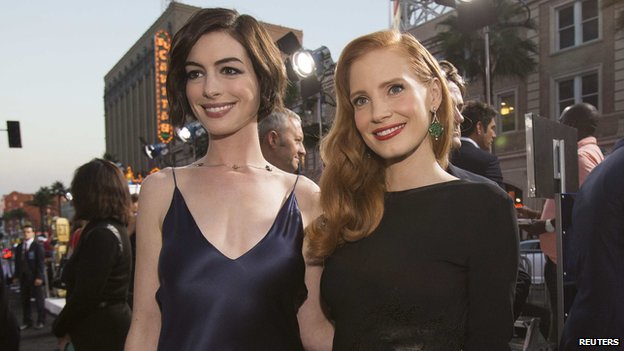 The $165m (£102m) film, which also stars Jessica Chastain, Michael Caine and Matt Damon, is “bound to be a front runner in this year’s Oscar race” in the opinion of The Independent‘s Geoffrey Macnab.

It makes last year’s Oscar winner Gravity seem “like a chamber piece by comparison”, he wrote, concluding it “verges on the preposterous at times but… still has a considerable emotional kick”.

Scott Foundas, chief critic of Hollywood bible Variety, was fulsome in his praise, describing Interstellar as “an exhilarating slalom through the wormholes of Christopher Nolan’s vast imagination”.

He wrote: “As visually and conceptually audacious as anything Nolan has yet done, the director’s ninth feature also proves more …read more