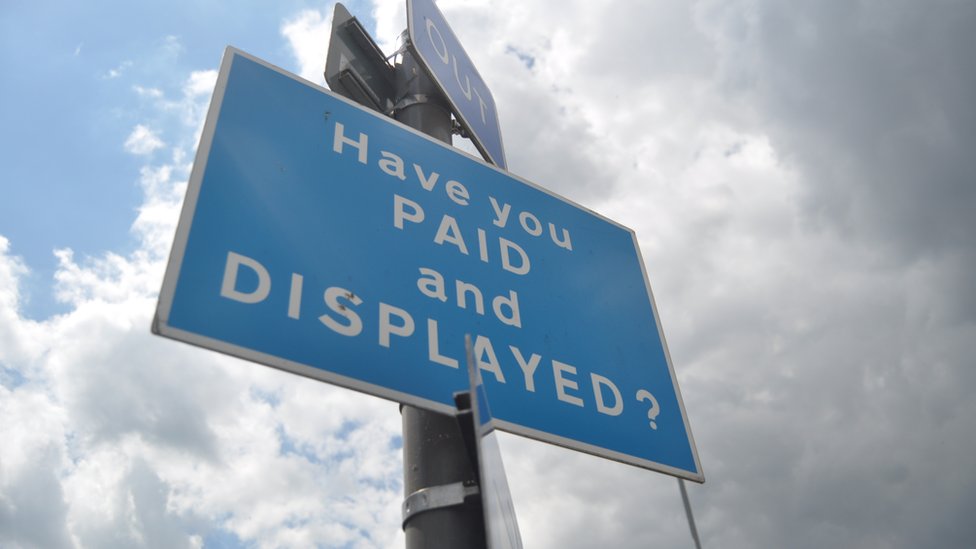 Councils are making tens of thousands of pounds from car park pay-and-display machines which do not give change.

Some 26 local authorities across the East of England received more than £550,000 in overpayments last year.

The Borough Council of King’s Lynn and West Norfolk was top of the list, with £69,629, while Peterborough City Council gained £66,774.

Peterborough City Council said alternative payment options were available at all of its car parks.

Some 21 of the 50 councils contacted by the BBC were unable to provide data, and three said they did not operate pay-and-display machines.

Commenting on the figures, which were obtained via a BBC Freedom of Information request, a spokesman for Peterborough City Council said: “Pay-and-display machines that do give change are significantly more expensive to purchase and maintain.

“The use of them would mean higher parking tariffs, and so the council has been able to keep tariffs low and competitive compared to other parking operators in the city.”

The council’s figures did not include two of its car parks.

The Borough Council of King’s Lynn and West Norfolk also said that switching to machines that provided change would not be cost-effective.

Some councils operate so-called “linear tariffs”, in which any overpayment results in additional parking time for the extra money inserted.

Cambridge City Council, which recorded £216 in overpayments, said this system was “fairer to customers”. Maldon District Council also operates linear tariffs and said it did not receive any money from overpayments last year.

Motoring organisation the RAC criticised the system, saying: “Half a million pounds might be small change to councils, but to hard-pressed drivers, every penny counts. Many will think they are being made to pay a penalty for doing the right thing and buying a ticket.”

Many councils are now choosing alternative methods to calculate charges, with many now opting for online and telephone …read more