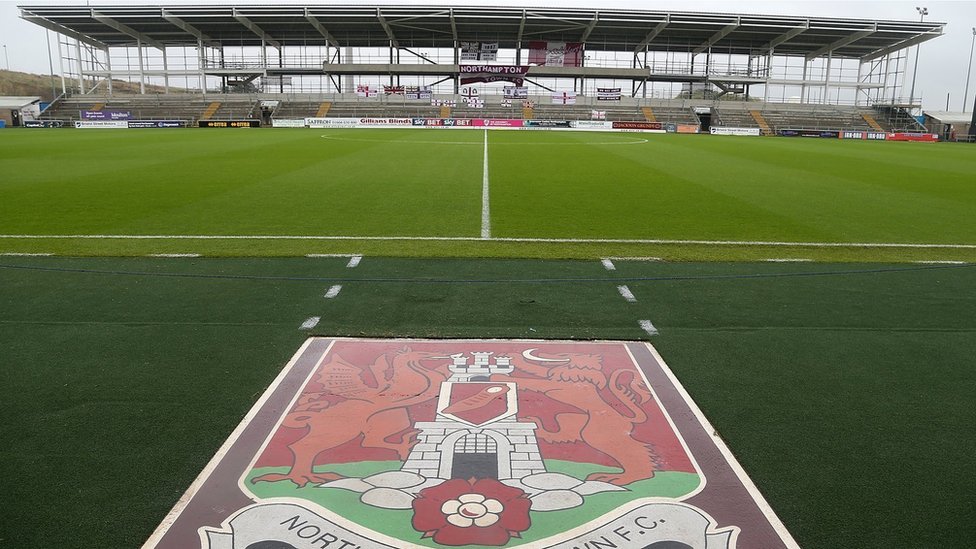 A firm being investigated over “missing millions” meant to revamp Northampton Town’s ground spent £36,000 on tickets and hospitality for a Premier League football club, the BBC can reveal.

The police are investigating the firm over “alleged financial irregularities” over the £10.25m for the revamp.

A spokesman for Mr Grossman said he did not wish to comment.

Northampton Borough Council loaned Northampton Town £10.25m to redevelop the East stand at Sixfields but the work was never completed.

Much of the money was passed on to the developers, 1st Land Ltd.

There is no evidence money from the council’s loan (agreed in September 2013) ended up being spent on the Spurs tickets and hospitality, as 1st Land Ltd did receive a fraction of its financing from another source.

A BBC investigation into 1st Land Ltd has found the company director Howard Grossman and members of his family flew on a private VIP jet with members of the Tottenham Hotspur first team to watch a European match in Portugal in March 2014.

The top price corporate hospitality at Spurs currently costs £26,000. It includes tickets and access to “fly with the VIPs”.

Mr Grossman, director of 1st Land Ltd, and owner of the County Group, is pictured on social media at a European game at Benfica in 2014.

Also on the trip is son Hayden, a director in County Group companies, who is pictured on the VIP jet with one of the Spurs stars. It flew from Stansted’s VIP terminal. Hayden Grossman also went on a VIP trip to Turkey …read more

New badger culling trials given go ahead across...

CofE bishop reveals he is in a gay...