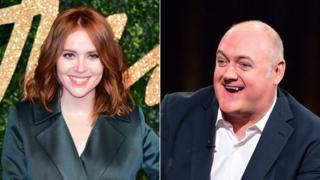 Dara O Briain will host the show alongside Angela Scanlon

The pair will be at the helm when the show returns to BBC Two after an absence of more than 10 years.

The series will be filmed at a purpose-built fighting arena in Glasgow.

Mock the Week presenter and comedian O Briain said he was “thrilled”, while Scanlon said she could not wait to …read more

Of Monsters And Men – Wolves Without Teeth (Official Lyric Video)