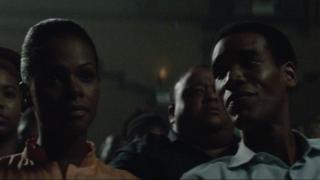 A romantic drama about Barack Obama’s first date with future wife Michelle is among the titles set to be screened at the 2016 Sundance Film Festival.

Southside With You recreates the summer afternoon in 1989 when the future US president wooed his future First Lady, then Michelle Robinson, in Chicago.

Other films in the line-up include Swiss Army Man, a road movie in which Daniel Radcliffe plays a corpse.

‘Not enough women’ in broadcasting

Newman revealed tumour to 'help others'