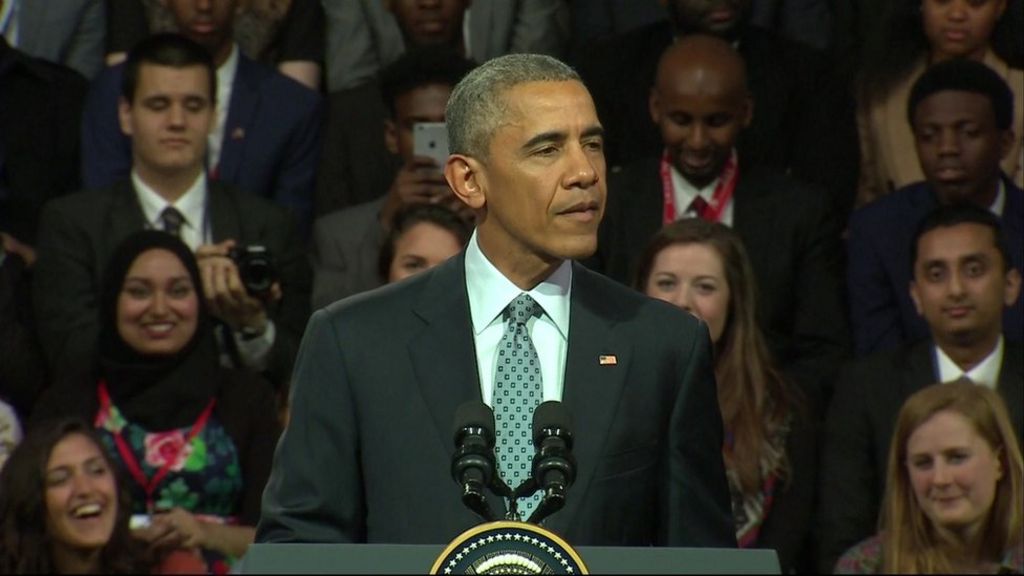 US President Barack Obama has urged young people to “reject pessimism and cynicism” and “know that progress is possible and problems can be solved”.

Speaking in London, he said: “Take a longer, more optimistic view of history.”

Earlier, the US president visited the Globe theatre and watched actors perform scenes from Hamlet.

It came a day after he caused a row by speaking in favour of Britain remaining part of the EU.

Leave campaigners accused Mr Obama of doing Downing Street’s bidding – after he said the UK would be at “the back of the queue” for American trade deals if it left the EU.

Parents lobby for meningitis B vaccine