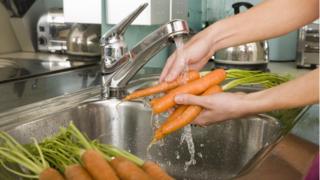 Ofwat blamed for high water bills by committee of MPs

Millions of households in England and Wales are paying too much for their water supply because of poor oversight by Ofwat, says a committee of MPs.

It said many householders would be “appalled” to learn their water bills could have been smaller.

Ofwat said it would “carefully consider” the PAC’s report.

The PAC said this meant the companies had made windfall gains of at least £1.2bn between them.

It is asking Ofwat to review the way it assesses companies’ cost of debt and tax and report back on how it intends to improve.

Flags at half-mast for Tunisia dead