One Direction and Ed Sheeran will be among the performers at the inaugural BBC Music Awards in December.

The ceremony will celebrate the best in pop music over the past 12 months.

Three awards will be handed out on 11 December at a London ceremony hosted by Chris Evans and Fearne Cotton and broadcast live on BBC One.

The shortlist and voting details will be announced in December. 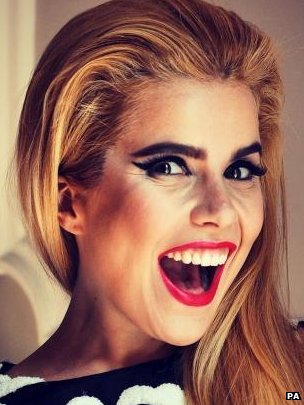 Paloma Faith was among the six performers revealed on Friday

“We shall gratefully be tipping our hats to those whose lights have shone brightest and whose music has helped water the inner flowers of our souls, hearts and minds over the last twelve months,” BBC Radio 2’s breakfast host Chris Evans said, announcing the line-up.

“Call it a review with prizes, or a show full of surprises. I cannot wait.”

The winners of British and international artists of the year will be chosen by a panel of BBC Music experts as well as leading music journalists.

Coldplay, Calvin Harris, Clean Bandit and Paloma Faith are also expected to perform at the ceremony at London’s Earls Court, with BBC Music controller Bob Shennan promising “some of the world’s most popular performers” and “the very best in musical entertainment”.

“I know our audiences are in for a musical treat,” he said.

Both BBC Radio 1 and 2 will broadcast live from the event across the evening in what Radio 1’s Nick Grimshaw called “a monumental simulcast”. Some 13,500 tickets have gone on sale priced between £25-£45.