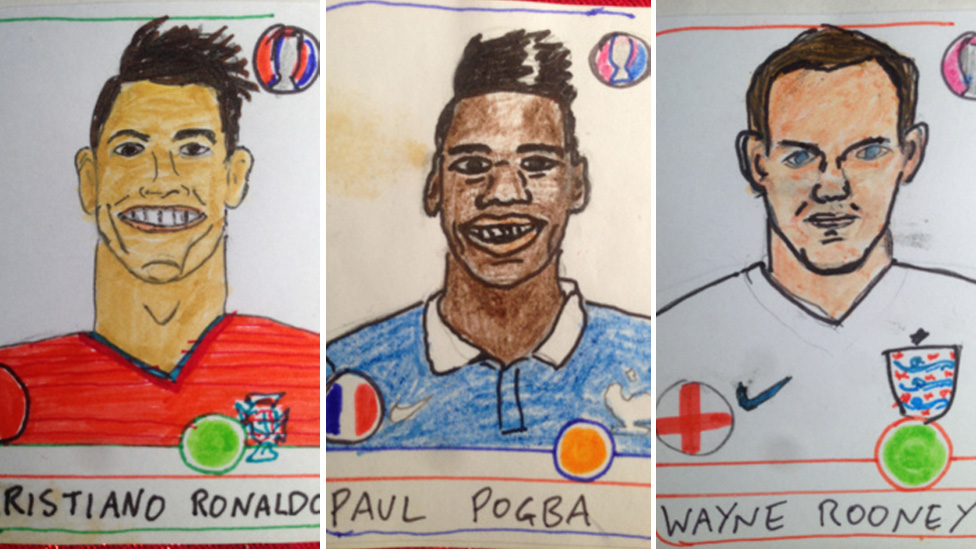 A couple who style themselves the ‘Panini Cheapskates’ have started work on a new football sticker album.

Alex and Sian Pratchett, from Oxford, created a World Cup Panini album in 2014 to avoid spending hundreds of pounds on stickers in shops.

Mr Pratchett said they were raising money for charities to give them “the motivation to keep churning out our dishevelled little men”.

He said he expected the “foolhardy task” to take up to six hours a day, leaving him and his wife “shells”.

Their first Euro 2016 efforts were a “dreadful mess”, he said, including a portrait of Portugal’s Cristiano Ronaldo with a “bulging neck.”

The couple’s 2014 World Cup album, involving 640 stickers in 32 days, was featured in news articles around the world, including Iran, Mexico and Japan.

In 2015 they turned their “uniformly awful” drawing skills to politics, sketching party leaders before the General Election.

The couple are using the latest “sticker-drawing odyssey” to raise money for the charities which employ them – Cancer Research UK and Macintyre, which supports people with learning disabilities.

They have pledged to sketch personalised pictures of the top 100 donors.

Derbyshire pupils wear slippers at school to get...