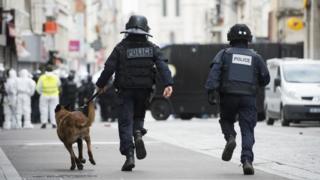 The ringleader of last month’s Paris terror attacks, which killed 130 people, is believed to have links to the UK, it has been reported.

The man allegedly behind the plot, Abdelhamid Abaaoud, is thought to have links to people in Birmingham, the Wall Street Journal said.

The BBC’s Frank Gardner said it was plausible there was social media contact with people in the UK.

The government has not confirmed the newspaper reports.

The Guardian has also …read more