PC and PCSO guilty of misconduct 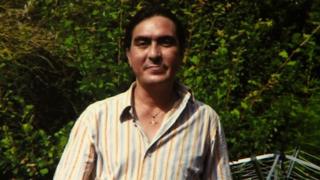 A PC and a community support officer have been convicted of misconduct in a public office after the “vigilante” murder of a man by his neighbour.

Bijan Ebrahimi, 44, was murdered on an estate in Bristol in July 2013, amid false claims he was a paedophile.

He repeatedly called police for help in the days before, the trial heard, but had been seen as a “nuisance”.

Police hurt in 'vicious' attack by pupils in...