Key images from the history of photography are to be displayed at the Science Museum, where one of the UK’s first photography exhibitions was held.

Drawn by Light will showcase the archives of The Royal Photographic Society, which holds one of the world’s most important photography collections.

Among them are images from the earliest days of the art form.

The RPS held several public exhibitions at the South Kensington Museum – now the Science Museum – in the 1850s.

Pioneers including Alice In Wonderland author Lewis Carroll will be displayed alongside modern artists including Don McCullin, Terry O’Neill and Martin Parr. 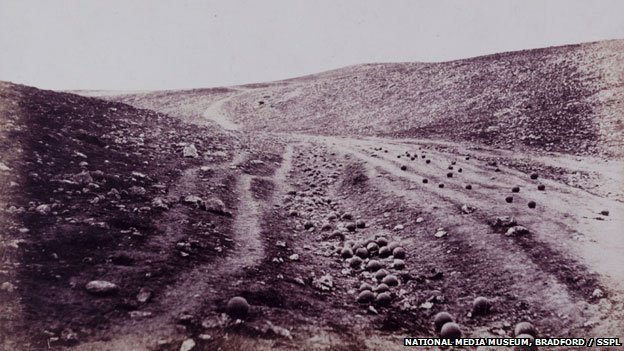 The Valley of the Shadow of Death, 1855, Roger Fenton

It will also feature images by Roger Fenton, one of the world’s first war photographers, who was sent to document the Crimean War by the British government.

His image The Valley of the Shadow of Death is considered a masterpiece of the genre, showing a cannonball-strewn road near Sevastopol.

Other exhibits include portraits of psychiatric patients at Surrey County Asylum taken in the 1850s by Dr Hugh Welch Diamond.

Dr Diamond is considered to be one of the most important figures in early British photography, making his first photograph just three months after William Henry Fox Talbot introduced his invention of photography in 1839.

One of the founders of the Royal Photographic Society, Dr Diamond pioneered medical and psychiatric photography …read more

Fans pitch up as Glastonbury opens

Paltrow and Martin file for divorce