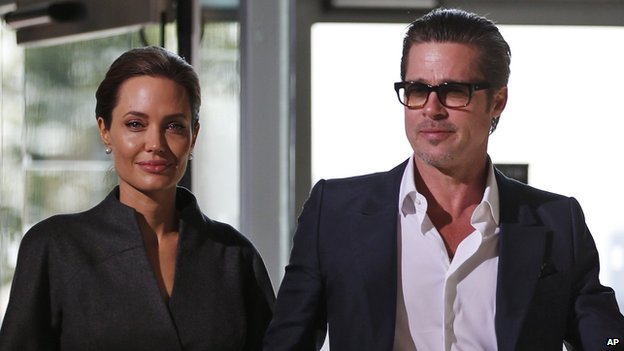 Brad Pitt and Angelina Jolie are now married, according to a spokesman for the Hollywood couple.

Pitt, 50, and Jolie, 39, tied the knot in France on Saturday, ending years of speculation over when and where they would finally walk down the aisle.

The actors were wed in a small chapel in Chateau Miraval in a private, nondenominational, civil ceremony attended by family and friends.

The couple’s children took part in the wedding, the Associated Press reports.

Jolie walked the aisle with her eldest sons Maddox and Pax, 13 and 10 respectively, while her daughters Zahara, nine, and Vivienne, six, threw petals.

Eight-year-old Shiloh and six-year-old Knox served as ring bearers, according to the couple’s spokesman.

The couple obtained a marriage licence beforehand from a California judge who travelled to France to conduct the ceremony.

The couple, whose relationship began after they starred together in the 2005 film Mr and Mrs Smith, have been engaged since April 2012.