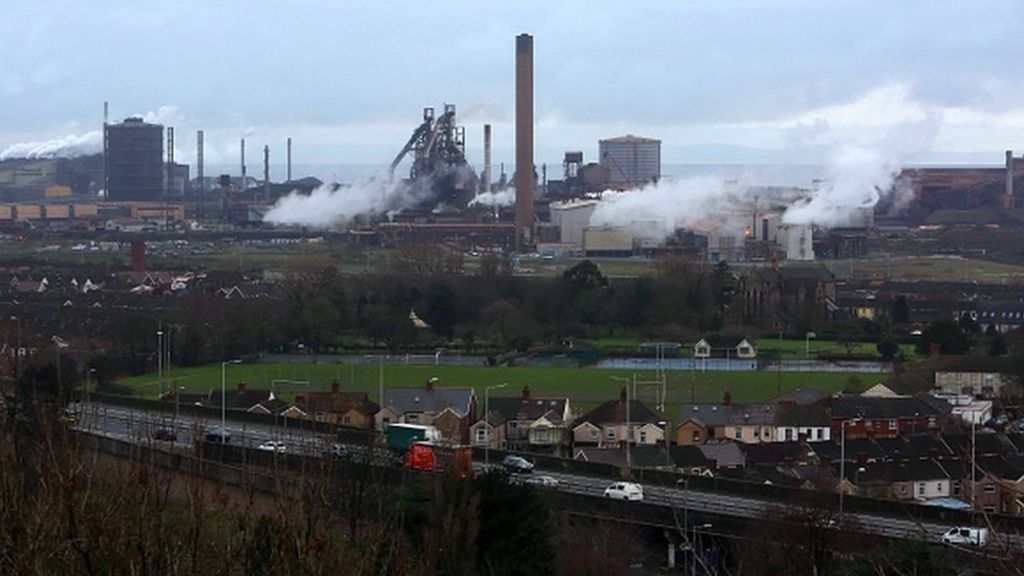 Wales First Minister Carwyn Jones and UK PM David Cameron are due to discuss how to save thousands of steel jobs.

Mr Jones will call for the Welsh plants to be taken into “public ownership” until a buyer is found. The PM has said nationalisation is not the answer.

Business Secretary Sajid Javid is due to fly to India later to discuss the sale process with Tata’s chairman.

Beforehand he is due to meet union representatives, when he will be urged to back their plan for the future of the Tata sites.

Tata has plants in Wales at Port Talbot, Llanwern and Orb in Newport, Shotton in Flintshire, and Trostre in Llanelli. The company also has sites at Rotherham and Corby in England.

Mr Javid, who has faced criticism for his handling of the issue, said he had held “productive” talks with Tata executives on Monday, saying that progress had been made.

He will attend the London meeting between Mr Jones and Mr Cameron, along with Welsh Secretary Alun Cairns and Chancellor George Osborne.

Tata suitor claims he can save jobs

Mr Jones said he had a simple message to the prime minister that the plants must not close.

“Britain must remain a steel producing country and we must work together to achieve and maintain that,” he said.

“The Welsh government has committed to doing what we can within our available powers and resources, and now its time for the UK government to act.

“There are strong economic, moral and strategic reasons why we must continue to produce our own steel, and I will be making that argument very clearly, as well as asking for solidarity and support for our workforce.

“I will be asking the PM to provide assurance that the UK government will take Tata’s plants in Wales into public ownership to allow enough time for a buyer to be found.”

Mr Cameron said: “At this morning’s meeting, Carwyn Jones and I will look at how London and Cardiff can work together to make sure that the Port Talbot plant has a solid future and end the uncertainty for workers and their families.