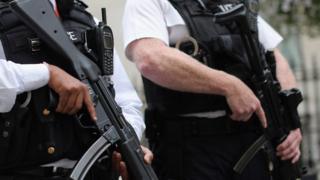 David Cameron ‘orders review into police’s use of guns’

The prime minister has ordered a review into the police’s use of guns following last month’s Paris attacks, the BBC understands.

The review will examine whether the law gives enough support to officers making a “split-second” decision to shoot.

It follows concerns from senior police that firearms officers do not have the necessary legal or political backing to work with confidence.

Its leader Jeremy Corbyn told the Sunday Times that weakening oversight would damage public confidence in the police.

The issue is believed to have been raised at recent briefings by the Met Commissioner, Bernard Hogan-Howe, with Mr Cameron and other ministers, and at a National Security Council meeting last week discussing counter-terrorism.

The internal review – to be carried out by the Home Office, the Attorney General’s Office and the Ministry of Justice – is expected to examine whether current law …read more