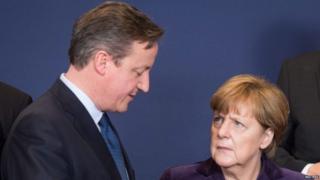 David Cameron has made a fresh appeal for German support for changes he is seeking to the European Union, saying they are key to the UK’s membership.

The UK prime minister, who is on a visit to Germany, argued that his desired changes would benefit Europe’s largest economy as well as the UK.

Curbing migrants’ benefits and other changes would make a “big difference” to whether the UK stayed, he suggested.

Mr Cameron is pushing for an EU-wide …read more

No winning ticket for £50.4m jackpot

Outside review of Met's Brittan conduct