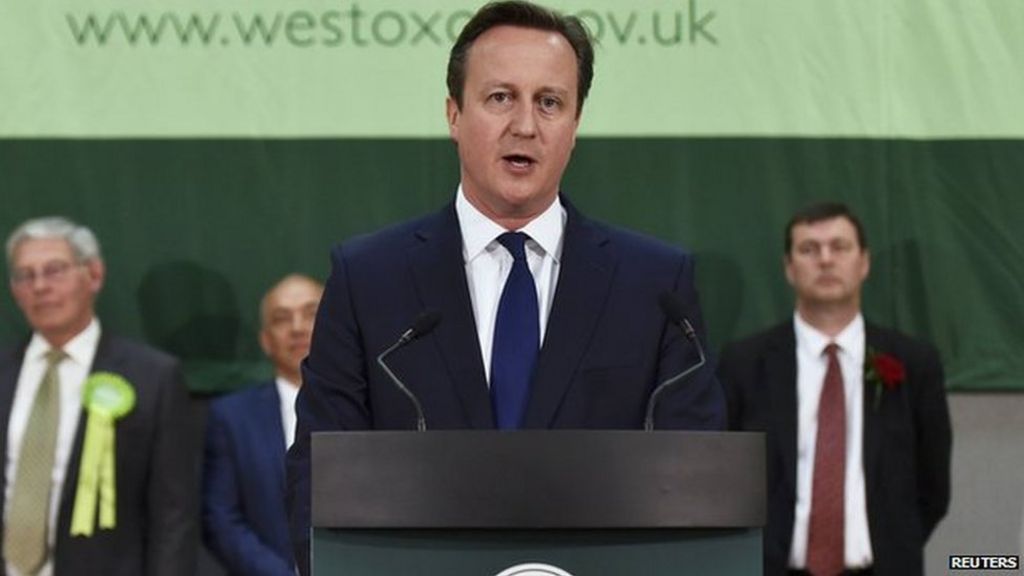 David Cameron has told the BBC he will seek re-election as the Conservative MP for Witney at the 2020 general election despite standing down as prime minister this Parliament.

The prime minister ruled out running for a third term in office ahead of the 2015 general election.

He said if he won he would serve the full five years of this Parliament, until 2020, and then leave Number 10.

Mr Cameron has been the MP for Witney, in Oxfordshire, since 2001.

Speaking to BBC deputy political editor James Landale last March, Mr Cameron had said: “I’ve said I’ll stand for a full second term, but I think after that it will be time for new leadership.

There has since been much speculation over who will succeed him as prime minister, with Mr Cameron tipping Home Secretary Theresa May, Chancellor George Osborne and London Mayor Boris Johnson as potential leaders.

Mr Cameron was asked at Prime Minister’s Questions on Wednesday if he would resign as PM if the UK voted to leave the EU – against his recommendation – in June. He replied: “No”.

National Gallery strikers back at work