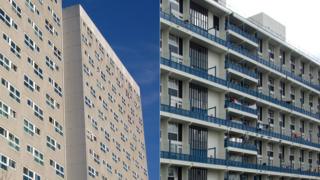 Proposals to improve more than 100 of England’s worst council estates are to be outlined by the prime minister.

Writing in the Sunday Times, David Cameron said “brutal high-rise towers” and bleak housing will be torn down in a bid to tackle “decades of neglect” that contributed to crime.

The initiative will be headed by Lord Heseltine, who oversaw regeneration in Liverpool and London in the 1980s.

Labour says a bigger scheme with more investment is required.

Details of the plans will be set out in a keynote speech by Mr Cameron on Monday.

He is also due to announce the doubling of government funding for relationship counselling for troubled families and relaunch a coalition proposal to issue vouchers for parenting classes.

In his article, he argues housing estates, “especially those built just after the war, are actually entrenching poverty in Britain – isolating and trapping many of our families and communities.”

Lil Kesh – Is it Because I Love You [Official Video] ft. Patoranking