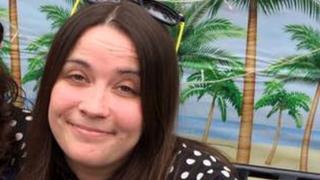 A flat has been raided in connection with the killing of a woman who was shot in the head, police have said.

Armed police searched the property in Abingdon on Saturday in relation to the hunt for 20-year-old Billy Johnson.

He has been named as a suspect in murder of Kerry Reeves, 26, who died on Thursday after being shot in the head in the Oxfordshire town on Tuesday.

Thames Valley Police said no arrests were made in the raid in Welford Gardens.

No improvement for attacked journalist

Inmates claim they were 'close to rioting' during...