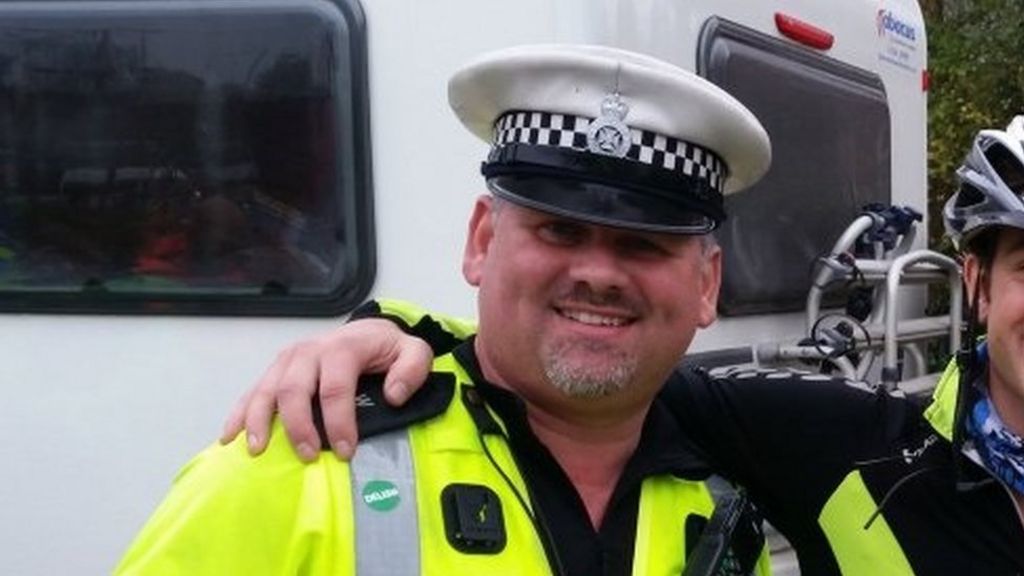 A policeman has told how he “barked” like a dog in order to fool a suspect and arrest him.

PC Steve Hutton and other Wiltshire Police officers had tried to pull over a suspicious vehicle travelling at over the speed limit in Swindon.

A “stinger” device was used to stop it and the four occupants fled on foot.

PC Hutton said he chased one of the men and decided to shout that he had a dog, adding a “few fake barks”, which made the man give himself up.

“He stopped and we got up to him before he realised there wasn’t a dog and he was arrested,” he said.

“By the look on his face you could see he was a little bit disappointed with himself.

“Some people on the shift think I should now do a dog-handler job without the dog.”

The man arrested has since been released without charge, but police are still investigating the incident.

Flights cancelled ahead of snowy conditions

Protesters clash with police at demo

Kent Police to patrol with guns at Canterbury...