Two episodes of 1960s TV comedy At Last The 1948 Show, which starred pre-Monty Python John Cleese and Graham Chapman, have been found after almost 50 years.

The sketch show was hugely influential for British comedy and led to the creation of Monty Python in 1969.

The BFI described the discovery as “a crucial find”.

“It represents a key moment in the history of British television comedy featuring the combined talents of some of its greatest exponents,” BFI television consultant Dick Fiddy said.

“These gifted comedians, all in their 20s and 30s, were let off the leash and allowed to experiment with style and content, resulting in shows which have had an enduring influence on comedy worldwide.” 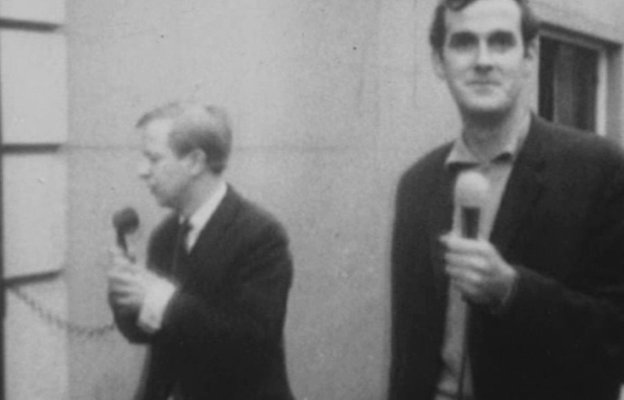 The episodes were found in the collection of Sir David Frost

The series featured sketches and gags which the Monty Python team would go on to adopt, including the Four Yorkshiremen skit – recently seen at the Python reunion shows earlier this year – and the line: “And now for something completely different…”

Mr Fiddy added: “Cleese, Feldman, Brooke-Taylor and Chapman created, scripted and starred in …The 1948 Show, and the fact that the show remains very, very funny 47 years later is a tribute to their extraordinary abilities.”

The two episodes were found when Mr Fiddy was invited to explore the collection of Sir David Frost, who died last August, and who was executive producer on the show.

They were contained on two reels of 16mm film and had been filmed directly from a television screen.

Some of the sketches were previously released on a …read more