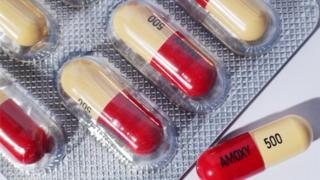 GPs who prescribe fewer antibiotics have less satisfied patients, according to a new study by researchers at King’s College London.

The study, published in the British Journal of General Practice, compared the prescribing rates of more than 95% of all GP surgeries in England to a survey of patient satisfaction.

Those satisfaction scores are used to determine how much GPs get paid.

Patients’ satisfaction rose when they were listened to or carefully examined.

Halfords 'We Fit' lorry gets stuck