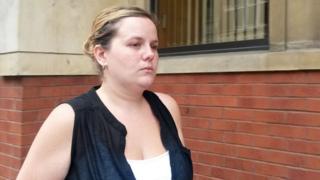 A mother who falsely claimed a Primark security guard snatched her baby from her while she was breastfeeding has been given a suspended jail sentence.

Caroline Starmer’s lies made national headlines, but she was charged by police after Primark checked the CCTV from the Leicester store.

The 28-year-old admitted intending to pervert the course of justice at a previous court hearing.

She was given an eight-month sentence, suspended for two years.

Starmer, of Marshall Street, Leicester, made the false allegation on the

More Britons expected back from Sharm