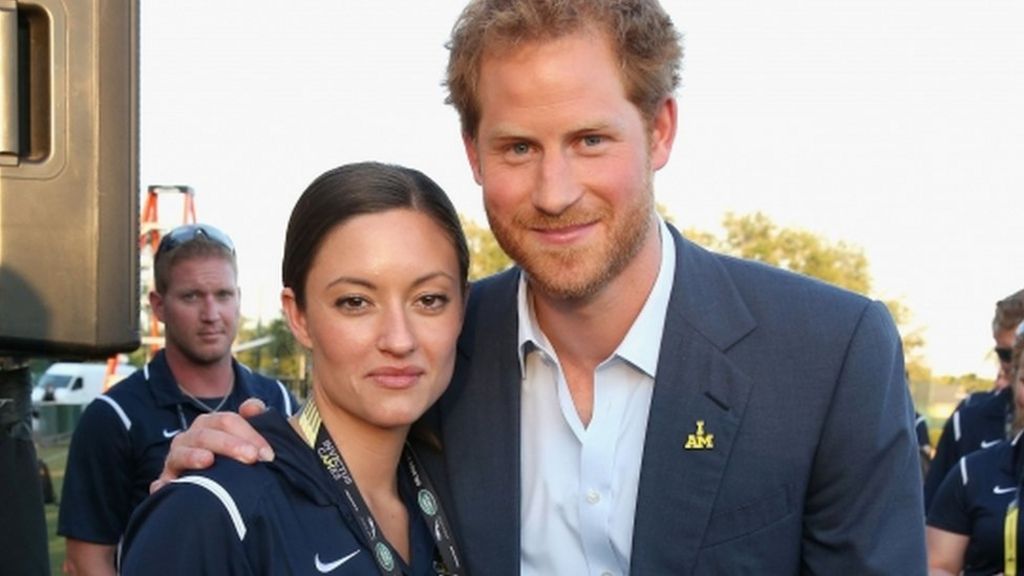 A hospital team who saved the life of an Invictus Games athlete has been presented with her gold medal by Prince Harry at a Kensington Palace ceremony.

US solider Elizabeth Marks, 25, became critically ill during the inaugural event in 2014 and was taken to Papworth Hospital in Cambridgeshire.

In this year’s games, she won gold in the 100-metre freestyle.

She asked Prince Harry, who founded the games, to ensure the medal was donated to staff as a mark of her gratitude.

Staff Sgt Marks, a combat medic, was left with hip injuries while on tour in Iraq, and had to have four rounds of surgery in 18 months.

She collapsed with a serious lung condition before the 2014 games for injured service personnel and veterans.

After being transferred to Papworth, she spent nine days being support by an advanced medical system called extracorporeal membrane oxygenation (ECMO), which allows oxygen to be added to the blood outside the body.

The technology takes over the action of the injured lungs, allowing them time to recover.

Man dies after falling into chimney