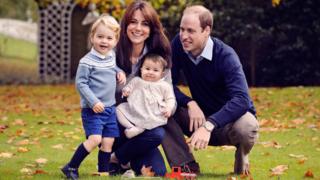 The Duke and Duchess of Cambridge have announced the nursery Prince George is to attend alongside the release of a new photograph of their family.

The two-year-old will go to the Westacre Montessori School Nursery in Norfolk from January.

A nursery spokesman said: “We are looking forward to welcoming George to our nursery.”

The nursery, near King’s Lynn, is close to the Duke and Duchess of Cambridge’s home, Anmer Hall.

Apprenticeships plan 'needs to be linked to economy'