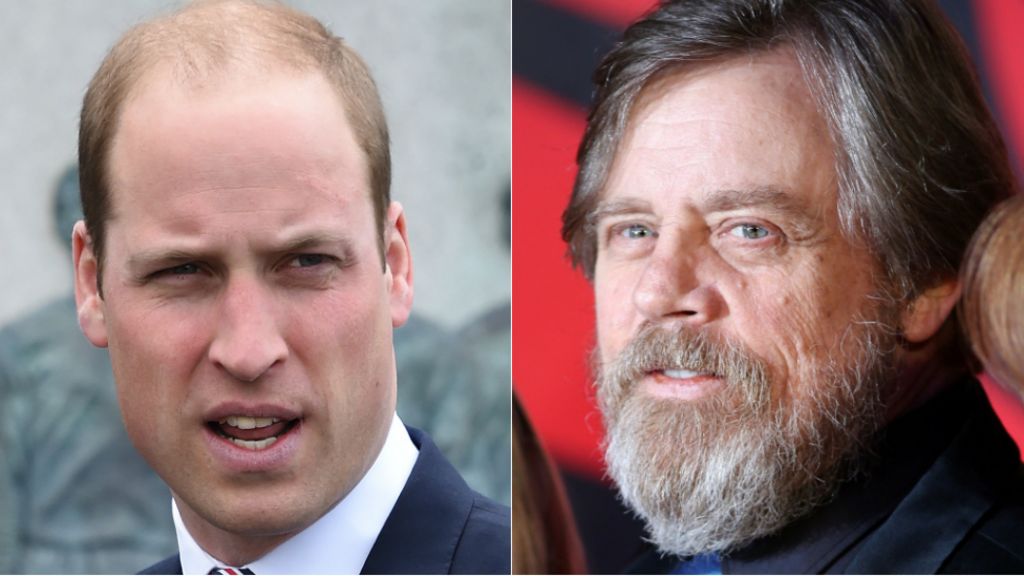 Princes William and Harry are to meet Luke Skywalker during a visit to Pinewood Studios this week.

The royals will be shown around by actress Daisy Ridley and meet Mark Hamill, who plays Skywalker, and director Rian Johnson, who are filming Star Wars: Episode VIII.

The princes will be among the first to get a sneak preview of the film.

It will be Prince William’s first engagement following his return from a tour of India and Bhutan with his wife, the Duchess of Cambridge.

British talent featured both in front of and behind the cameras in 2015’s Star Wars: Episode VII: The Force Awakens, which saw Ridley and John Boyega play the central characters Rey and Finn.

British locations also featured in the film, with director JJ Abrams shooting exterior scenes on Greenham Common, in the Lake District and Scotland.

All seven Star Wars films have included shoots at British studios, with Ealing, Elstree, Leavesden and Shepperton Studios variously being used for Episodes I to VI.

The next Star Wars release, stand-alone film Rogue One: A Star Wars Story, also used Pinewood Studios and other locations around the country.

Following the release of that film’s trailer, it was revealed that one scene was filmed on the Jubilee Line platform of the Canary Wharf London Underground station.

Star Wars: Episode VIII will be released in 2017.