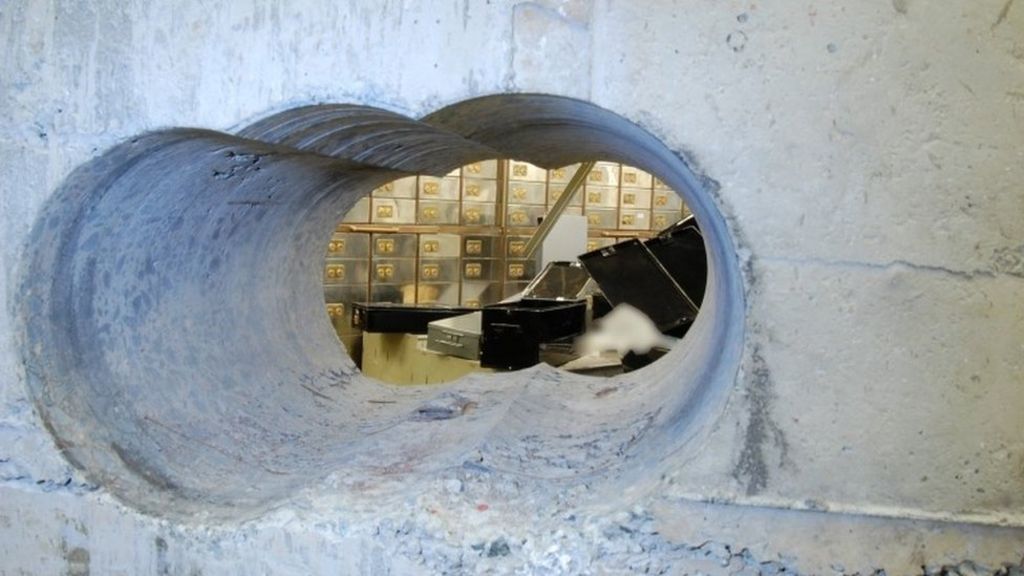 The men convicted of the Hatton Garden heist are facing tough conditions in prison, a court has heard.

The lawyer defending one of the robbers said they sometimes only saw half an hour of sunlight a day.

He was making submissions on the second day of a three-day sentencing hearing at Woolwich Crown Court.

But the prosecutor told the court their actions were likely to have caused “harassment, alarm or distress”.

Since their arrests in May last year, they have been on remand in the high-security Belmarsh prison.

The gang – including men who were involved in the Security Express and Brinks Mat robberies – breached the vault at Hatton Garden Safe Deposit in central London over the Easter weekend last year.

Nick Corsellis, defending Carl Wood, 59, asked the judge to take into account the fact that Wood’s inevitable jail term will mean that he will “not see” his ailing parents again.

He said his remand in custody had been “particularly difficult” because he and the other men are in the double A security category.

Mr Corsellis said it meant they are given one hour of exercise a day and “it is very rare that that is achieved – half an hour at best. Half an hour of daylight”.

He claimed this had psychologically affected his client, saying: “The remand in custody has been difficult to bear.”

The court also heard that Hugh Doyle, 49, had made an effort to turn away from crime, and that William Lincoln, 60, had a limited role in the conspiracy.

His lawyer, Dante Leccacorvi, said Lincoln “had a very distinct role and that was to conceal the proceeds of this crime on a short-term basis”.

All the defence barristers argued that their clients should not be made the subject of Criminal Behaviour Orders.

Arguing for these to be imposed, prosecutor Philip …read more