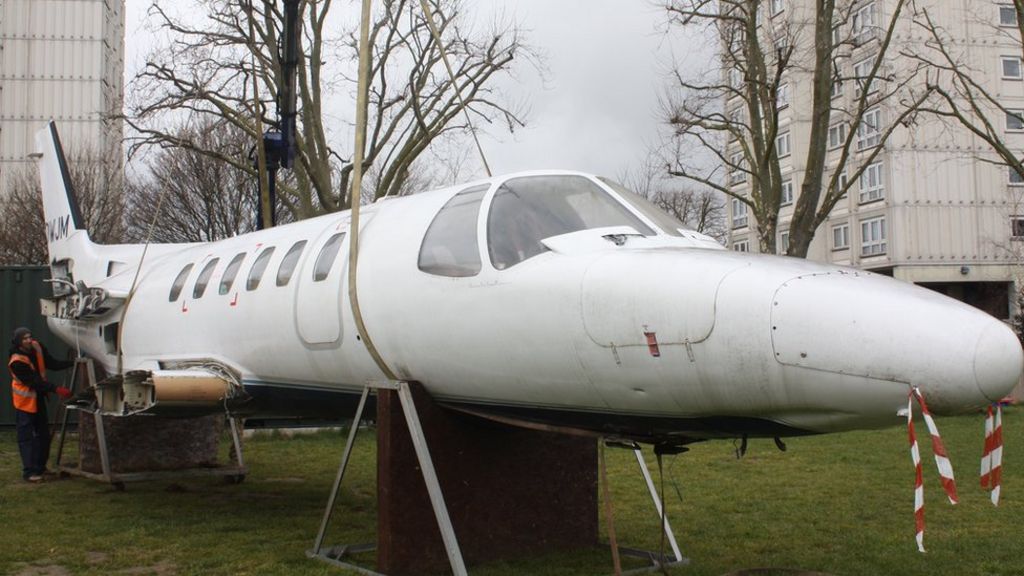 A primary school which was running out of teaching space has arrived at a novel solution – by turning a disused private jet into a new classroom.

The Cessna Citation fuselage was bought by Milton Hall Primary School at Westcliff-on-Sea in Essex.

Once renovated with benches and solar panels, it will be able to house classes of up to 15 children.

The school bought it for an undisclosed sum but said it was “a lot cheaper than building a classroom”.

The unused fuselage was spotted by the school’s media manager Jon Baker who was having a flying lesson at Southend Airport. He “thought it would make a good classroom”, Claire Reynolds, the school’s business manager said.

The Cessna was delivered by truck on Saturday and lifted onto the playing field by crane.

“It will receive a full make-over to turn it into a brand new exciting learning space for the children to engross themselves in,” Ms Reynolds said.

The borough council’s health and safety team has examined the jet and will be monitoring the renovation.

The school estimates it will take up to four months to transform the space with seating, lighting, solar panels and wind turbines.

“We have a lot of expertise on site, including Mr Baker, who’s a real plane enthusiast. It’s his baby,” she said.

“Our school has limited space for expansion and we were keen to find an exciting and unusual way to further engage our children and expand on their learning.”

The jet will eventually become a hub for ICT and media studies.

Teachers also hope the experience of learning inside such a unique space will elevate the children’s creative writing lessons.

What’s wrong with the BBC? This entry passed through the Full-Text RSS service – if this is your content and you’re …read more